This is is the time of year when motorists hit the highways in heavy numbers because of vacations and other activities.  It follows that this is also the deadliest time.

According to preliminary figures just out this month from the National Safety Council (NSC), traffic fatalities increased nationally by a shocking 7% in 2015 as compared with the year before. 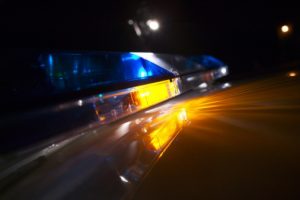 Our region is no exception. In fact, both Indiana and Illinois traffic deaths are up by 12%.  In real numbers, that means the number of Illinois fatalities on our roads and highways were up to 1034; Indiana’s number rose to 835.  Again, these are preliminary (not official) numbers.

A statement from the NSC says, “We estimate 38,300 people were killed on U.S. roads in total, and 4.4 million were seriously injured, meaning 2015 likely was the deadliest driving year since 2008.”

This discouraging news comes after some optimism in 2014 when the fatality rate hit a record low.

New government data shows the surge was in part because drivers drove more than ever, lower gas prices and a generally improved economy.

Just as concerning was the number of non-motorist traffic deaths:  Bicycle fatalities were up 13 percent; pedestrian deaths rose 10 percent, and motorcyclist deaths rose by 9 percent.

The National Highway Traffic Safety Administration (NHTSA) notes that while economic factors are certainly at play, driving deaths were up far more than vehicle miles traveled.

“NHTSA is conducting the data-gathering and analysis necessary to understand what is causing this unsettling rise,” the administration stated. “This trend is a warning sign to all of us: It is time to re-attack the behavioral factors that lead to highway deaths. We know that human error or decisions play a role in 94 percent of fatal crashes.”

To that end, NSC recommends several common-sense tips for staying safe on the road, including:

A couple of points worth noting:

Studies show over half of fatal car crashes involve a driver who tested positive for alcohol or drugs.

“Motorcyclists are a bigger and bigger percentage of deaths each year. Motorcycle deaths have risen in part because of generally weak state laws* on wearing helmets,” said Jonathan Adkins, executive director of the Governors Highway Safety Association, which represents state highway safety offices. A majority of states no longer require riders to wear helmets, he said.

*NOTE:   In Indiana, the law requires only those motorcycle drivers and riders under 18 to wear a helmet and protective glasses, goggles, or transparent face shields. There is no such law in Illinois.

It is all too obvious that so many of these deaths on the roads can be prevented through the practice of these simple safety measures.

However, it is also well too obvious that there are people on the road who are dangerous and shouldn’t be driving.   Others are just careless.   You could be their next victim.

The lawyers at Tauber Law Offices take the issue of negligence on the highways very seriously – whether it is the fault of a truck driver, a motorcyclists or an operator of a standard car or SUV.   It is a mission of ours to do all we can to reduce needless deaths on our roads.   Even one is too many.

If you or a loved one is a victim of an at-fault driver that causes serious injury or even death, contact Tauber Law Offices immediately.   We will listen to you carefully.  If we believe you have a case, our lawyers will represent you and aggressively work to get you justice through a fair settlement.